A Guide To Recognize Brain Tumor 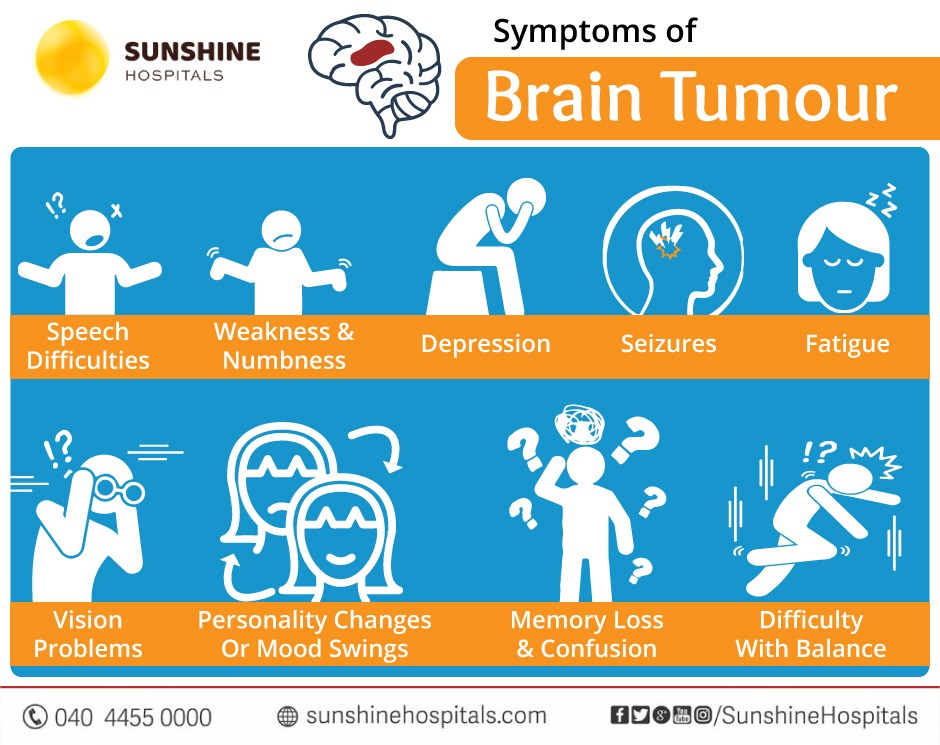 A Guide To Recognize Brain Tumor

There are many possible symptoms of a brain tumour, but it is less likely for an individual to exhibit all of them. The symptoms also vary depending on the location of the tumour in the brain, its size, and the rate at which the tumour is growing.

General or specific can be the symptoms of a brain tumour. Common symptoms are caused due to pressure in the brain. Certain symptoms occur when certain parts of the brain do not function properly due to a tumour. Many people with brain tumours are diagnosed when they go to the doctor after experiencing problems such as headaches or other changes.