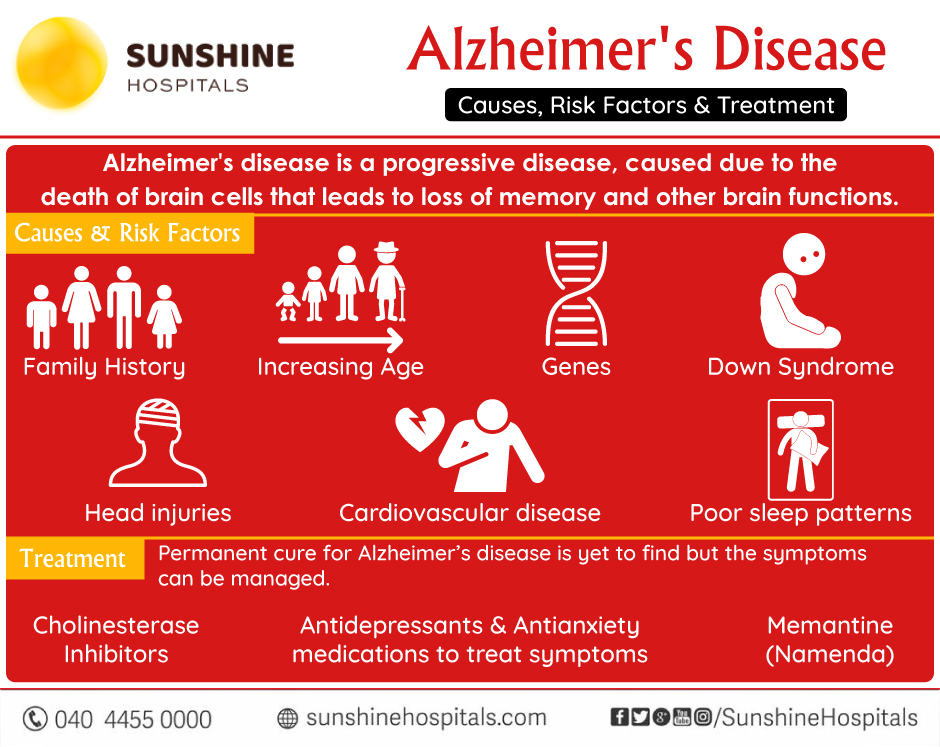 Alzheimer’s – a brain disease which causes memory problems and other cognitive impairments. Usually, it is caused when the brain proteins failed to function normally and interrupt the work of brain cells. Brain cells lose connections, degenerate themselves and finally dies.

The primary cause of this condition is due to the formation of Plaques (made from beta-amyloid protein) and Tangles (made from tau protein). However, the exact causes of Alzheimer’s are not fully understood by experts. There are a lot of things behind the causes of Alzheimer’s. It can also be a result of lifestyle and environmental factors which affect your brain over time.

Even though Alzheimer’s disease has no permanent cure but the treatment can slow down the progression of symptoms. Treating symptoms can significantly improve lost functions. Having these risk factors doesn’t mean to develop Alzheimer’s disease, but increases the risk level. However, early diagnosis and medication is the best way to treat Alzheimer’s disease.