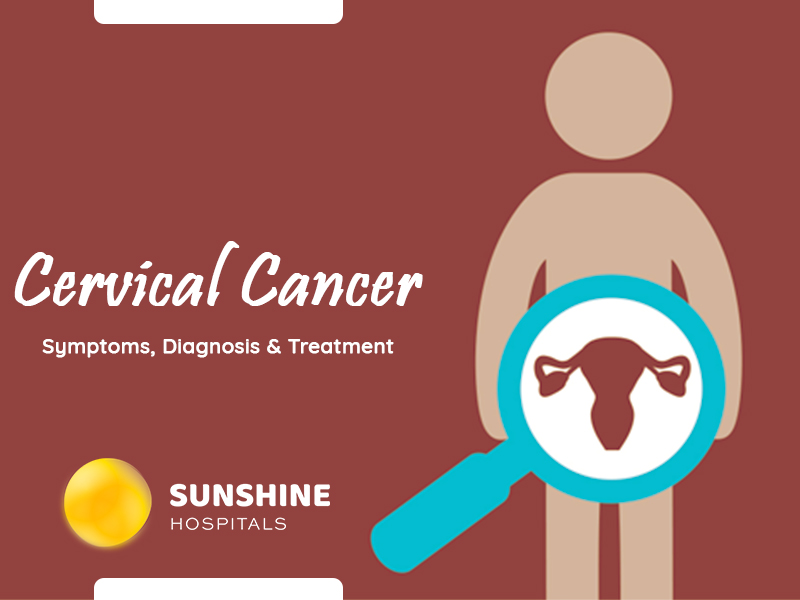 What Is Cervical Cancer?

Cervical cancer is a kind of disease that affects women’s cervix. The cervix is the lowermost part of a woman’s uterus, and it establishes interfacing connection to the vagina. When there is an irregular cell development in the cervix and also begins attacking other surrounding tissues and organs of the woman’s body, it is a state called to be a cervical disease.

When Cervical cancer begins spreading, first it influences the encompassing and more deep tissues of the cervix and afterwards proceeds to spread to other essential body organs, for example, the lungs, bladder liver, rectum and vagina.

Generally, cervical cancer has a slow-growing nature to it, that means while this disease is on its way in the direction of spreading directly to other parts, at some point of its progression in the body. It provides lots of possibilities for doctors to detect it in the early stages and often even to prevent it all together as well as providing the most suitable, well-timed treatment to sufferers.

In any case, most females, diagnosis of cervical cancer growth is observed around 25– 30 years and reach to peak stage at 55– 65 years. This large gap between the two age levels highlights the cancer slow development rate and gives lots of time for doctors to take essential precautions to treat cancer as well as to prevent it.

How To Diagnose Cervical Cancer?

Doctors use several tests to diagnose cancer. Also, they also do tests to study whether cancer has extended to any other part of the body. For instance, imaging tests can show if cancer has spread. Doctors might also do tests to analyse which treatments might work great in treating cancer.

Most types of cancer can be diagnosed with a famous test called biopsy, with the test doctors can recognise whether a part of the body has cancer or not.  If a biopsy isn’t attainable, the doctor might recommend alternative tests that may help in diagnosing disease.

Pelvic Examination:  In this examination, the doctor examines woman’s uterus, vagina, ovaries, cervix, bladder, and rectum for any abnormal changes. A Pap test is also done commonly at the same time.

Pap test: During a Pap test, the doctor scrapes and brushes cells from outside of your cervix and vagina, then the cells are examined in the laboratory for abnormalities.

This test will notice the abnormal cells within the cervix, as well as cancer cells and cells that show changes that increase the danger of cervical cancer.

If the Pap test results in abnormal cells and HPV is positive, the doctor may suggest the following tests.

Colposcopy: The doctor might do a colposcopy to examine the cervix to find abnormal areas. In the test, a special instrument known as a colposcope is used which magnifies the cells of the cervix and vagina, like a microscope. During the colposcopic test, the doctor may take a sample of cervical cells (biopsy) to test in the laboratory. They examine the cells for diagnosing cervical cancer. To get the tissue, the doctor may use the following methods

Cystoscopy:  In this procedure, the doctor uses a lighted tube called a cystoscope to view inside the bladder and urethra (the canal that carries urine from the bladder). Before the test the person is sedated as the tube is inserted in the urethra. Cystoscopy test determines whether cancer has spread to the bladder.

Some other tests like X-ray, MRI, CAT or CT scan, PET-CT scan, Laparoscopy, Proctoscopy are also used to find cervical cancer. Cervical cancer that is detected early is much more likely to be treated effectively. It is suggested for women start screening for cervical cancer and precancerous modifications at early ages.

How To Treat Cervical Cancer?

Treatment for Cervical cancer depends on many factors like the stage of cancer, other health-related issues etc. Treatments like surgery, radiation therapy, chemotherapy or sometimes combination of the three may also be used in treating cancer.

Simple Hysterectomy: The cervix and uterus with cancer are removed with the surgical procedure. Usually, hysterectomy is only an option when cervical cancer is at an early stage.

Radical Hysterectomy: While performing radical surgical procedure cervix, uterus, part of the vagina and lymph nodes with cancer in the area are removed. This surgical procedure might be used for young people who want to protect their fertility.

Minimally invasive surgery might be an option only when the cervical cancer is in early-stage.

In chemotherapy medications(drugs) are used to destroy cancer cells. Usually, preferred medicines are injected into veins, to kill cancer cells. While using low chemotherapy doses, they are often combined with radiation therapy because chemotherapy might increase the effects of the radiation. Sometimes, to control the advanced level of cervical cancer, higher doses of chemotherapy is given, since it may not be curable.

However, it is true that diagnosing cervical cancer in early stages and proper treatment and can cure or stop the disease spreading to other parts. If you have any doubts or wanted any suggestions, contact our experts at Sunshine Hospitals and lead a healthy life.

Dr Neeraja Valli is a renowned Gynaecologist and is well known for her laparoscopic surgeries and infertility treatments. Presently, she is practising in the Gachibowli branch of Sunshine Hospitals.