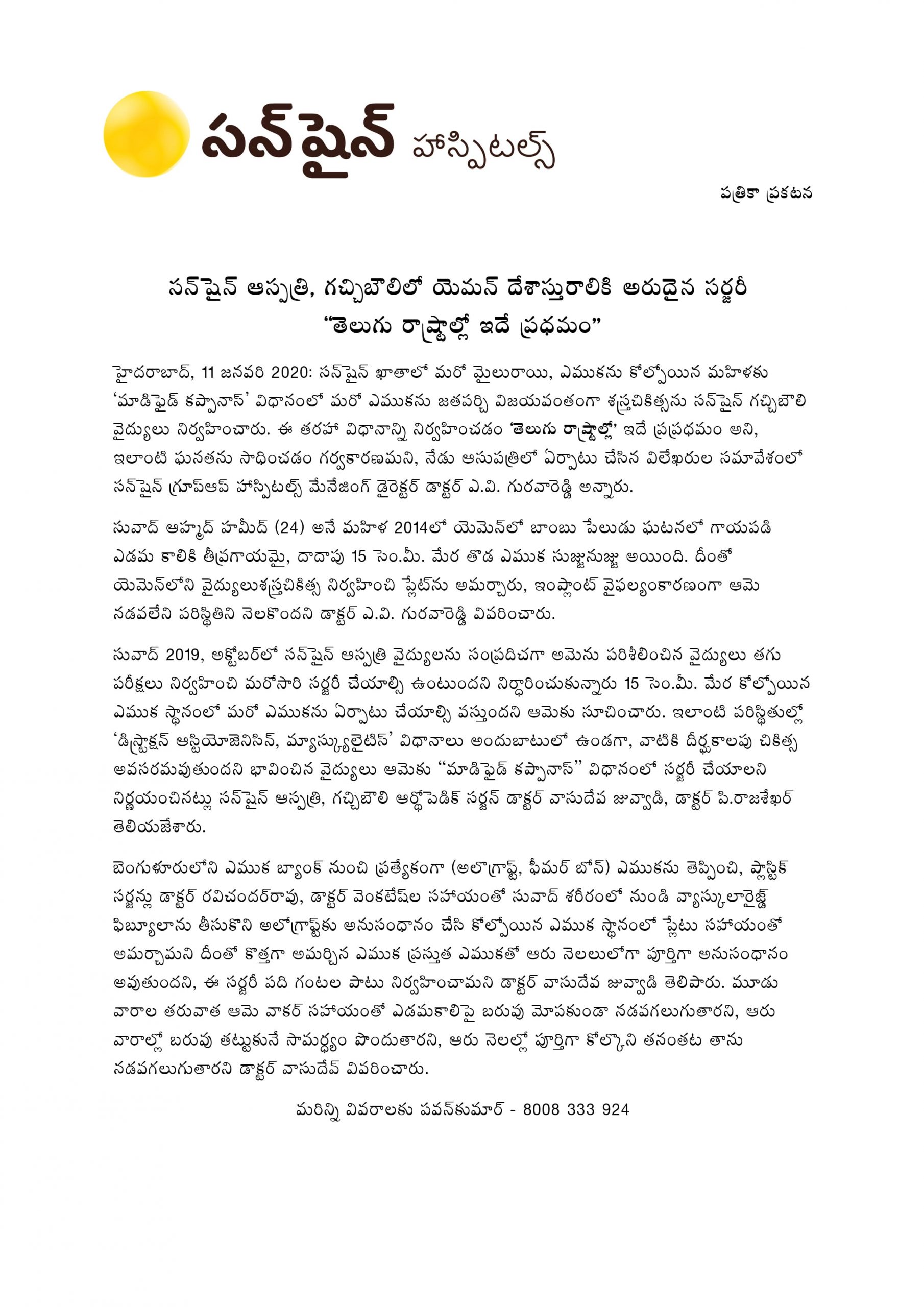 Suaad Ahmed Hamed 24 Yrs suffered a bomb blast in 2014 at Yemen. She had Left Femur fracture with around 15cms bone loss and was operated twice at Yemen In 2015. She had implant failure and was unable to walk since then. She approached Sunshine Hospital, Gachibowli in the month of October 2019. Necessary investigations were done and the diagnosis was made and the infection was ruled out.

“There are various methods like distraction osteogenesis and Masquelet’s technique to treat such conditions but these take prolonged treatment and require multistage procedures” said Dr. Vasudeva Juvvadi, Orthopaedic Surgeon at Sunshine Hospital, Gachibowli. He finally decided to perform “Modified Capanna’s technique” which is a definitive single stage reconstruction using a combination of free vascularised fibular graft with allograft.

“Allograft (femur bone) was brought from bone bank in Bangalore and vascularised fibula was taken from the patient with the support of Plastic Surgeons Dr Ravichander Rao and Dr Venkatesh. Fibula was pegged into the allograft and was placed in the gap of bone loss and fixed with plate and vascular anastomoses was done. Surgery was successfully performed on 26th November 2019. It took 10 hrs for the whole surgery” said Dr.Vasudeva Juvvadi & Dr.P.Rajashekar. 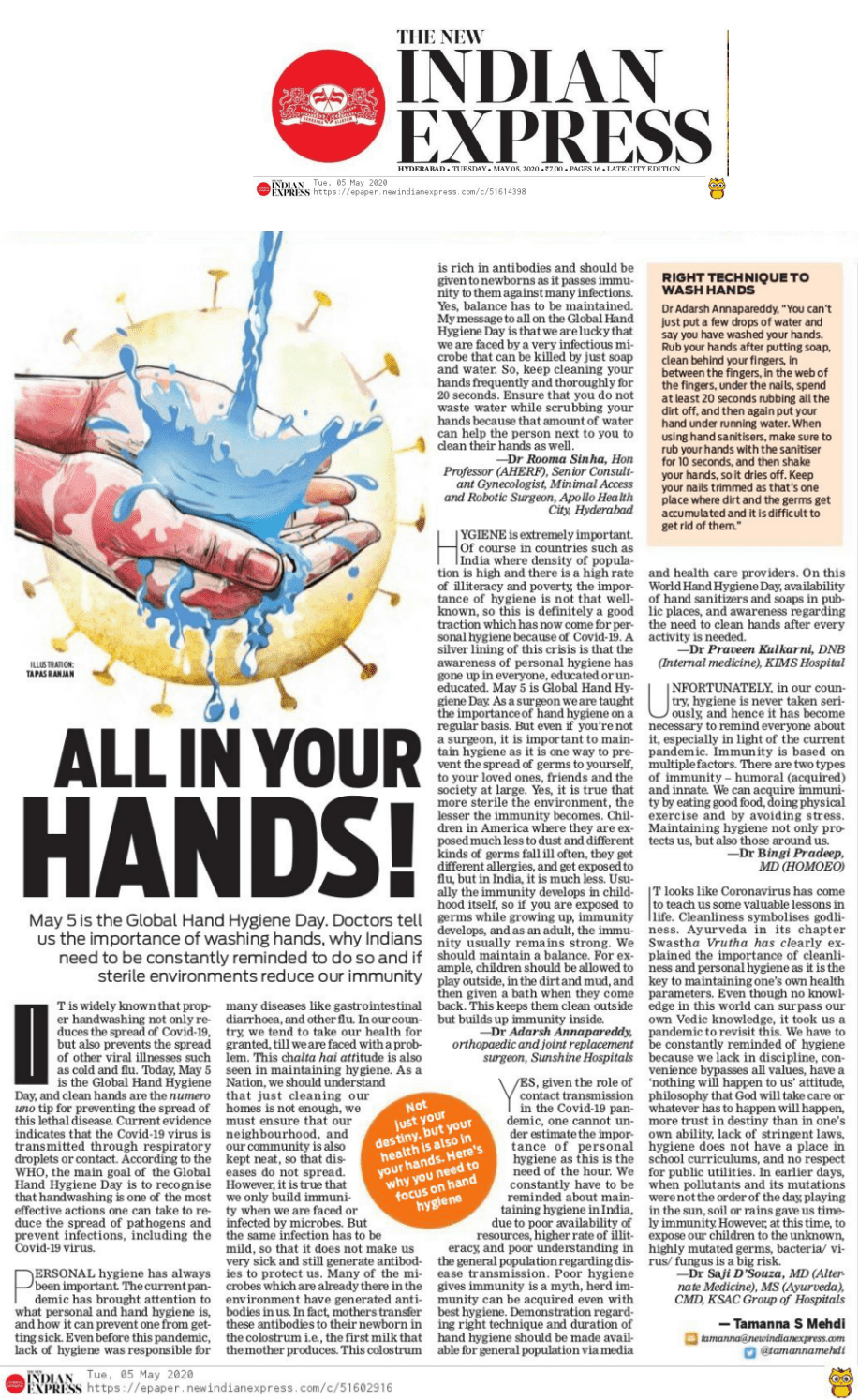 Hand hygiene – Dr. Adarsh explains why it is important 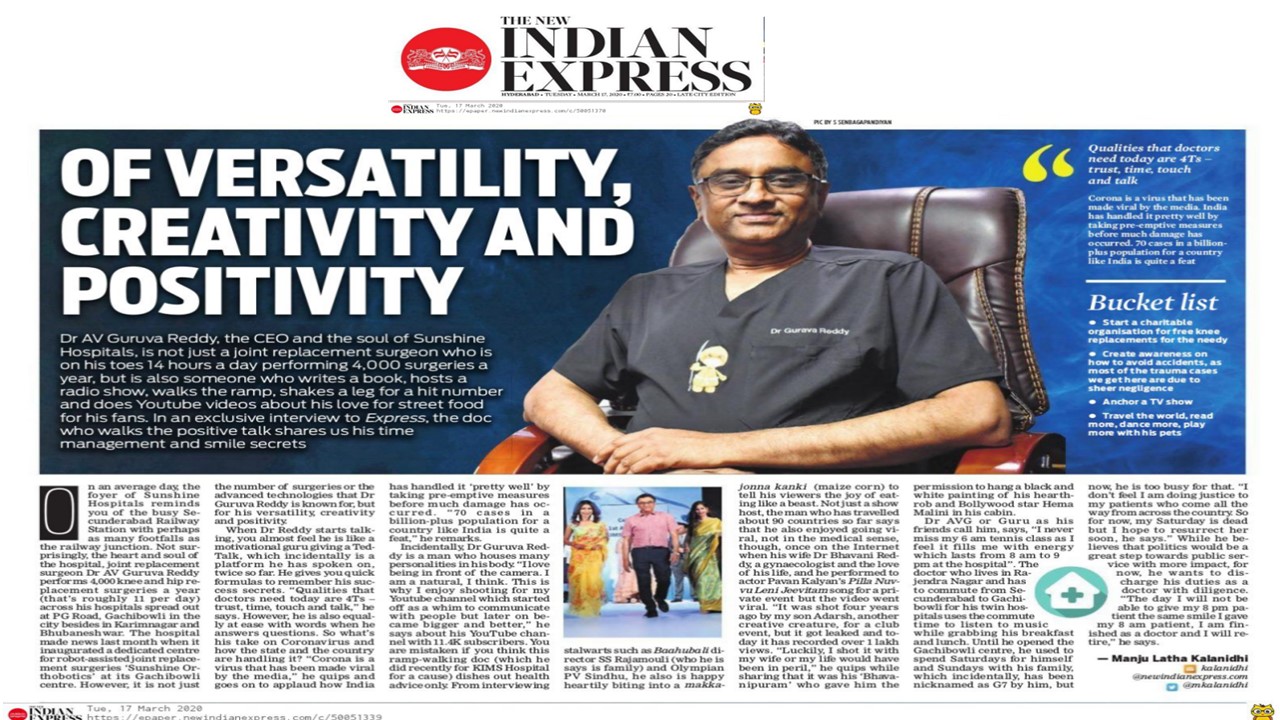 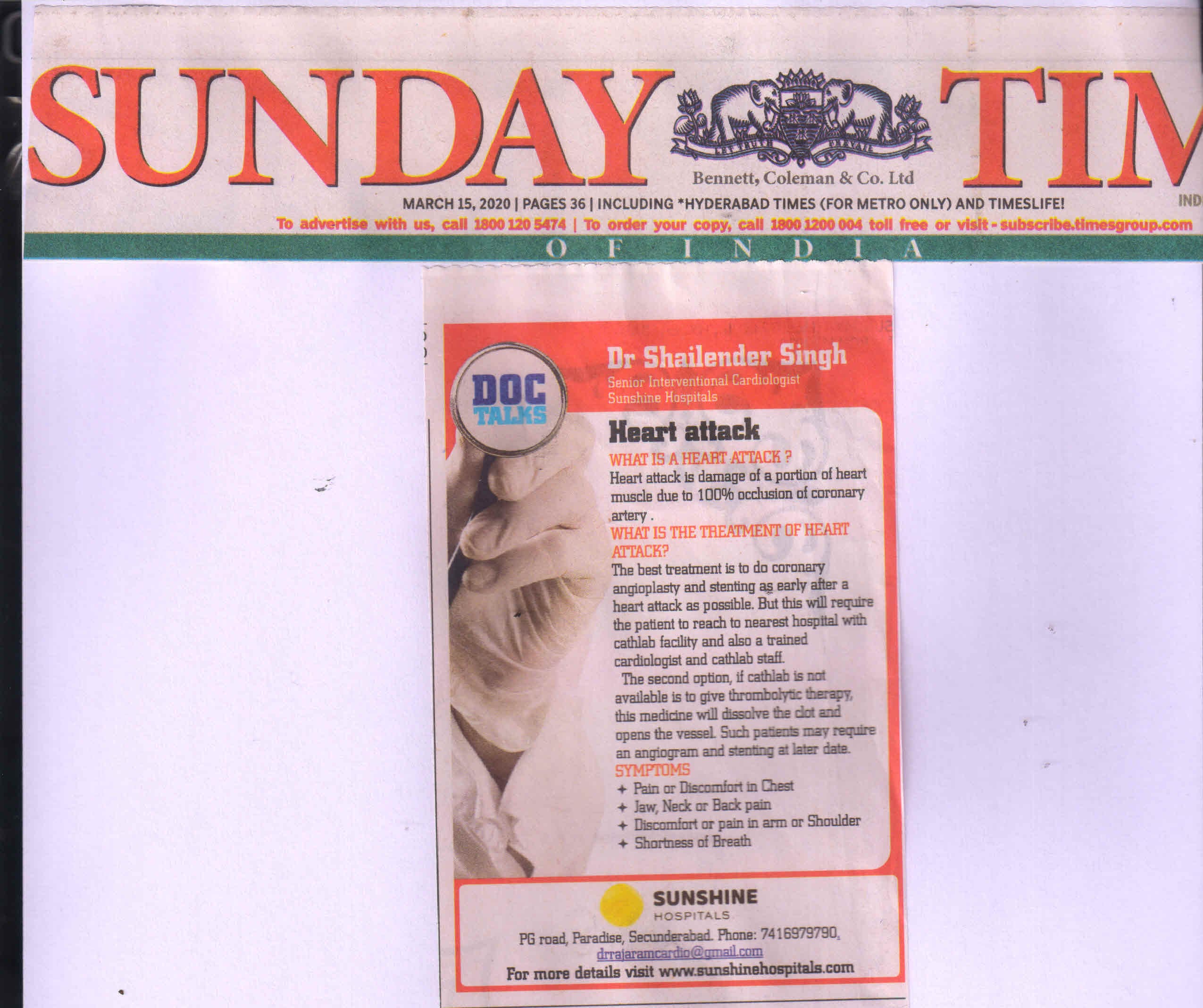