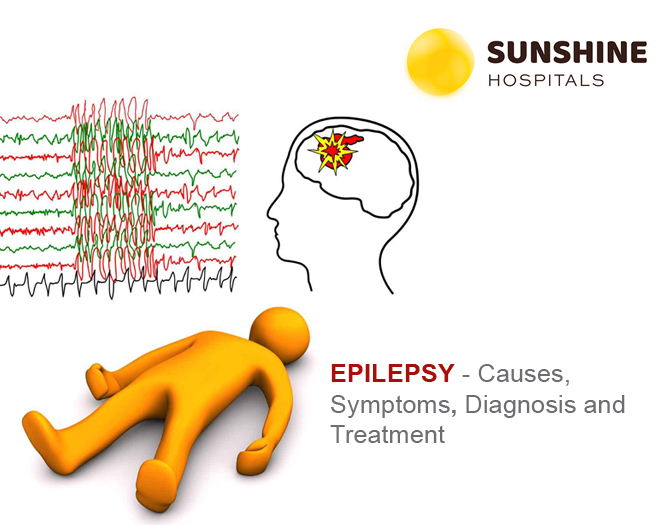 The billions of neurons throughout the brain and the nervous system use electrical signals (impulses) to communicate with one another. Any abnormality (wrong signals) in this communication process causes disturbances in the normal functioning of the brain; this may lead to a seizure which is associated with abnormal body movements, behaviour, muscle spasms and loss of consciousness. Epilepsy (seizure) – previously referred to as fits (repeated seizures) is a neurological disorder (condition) as it affects the brain and the nervous system. During an epileptic attack, the senses, body’s functions and thoughts get disrupted. Epilepsy can begin at any age and affect anyone irrespective of gender (males and females are equally susceptible), age, ethnic background and race.

The symptoms associated with the epileptic attack and the severity of a seizure differ from person to person. Lots of variations in symptoms and the duration of an attack are seen – some seizures are brief and subtle and may last for a few seconds to minutes; some people experience many & variable symptoms, jerky body movements and vigorous shaking for a long period. Majority of the people experience vigorous shaking, jerky movements confined to either one side of the body (half of the body) with retained consciousness or loss of consciousness involving the complete body. In a few cases of epileptic attacks, consciousness is lost for a few seconds or minutes with the following symptoms: blinking eyes, lip movements, picking up clothes. Some may experience loss of awareness or may have an odd feeling or go into a trance-like state for a few seconds or minutes.

Epilepsy affects any age, ethnic group or population of people. Majority of the epilepsy cases are prevalent in India and nearly about 1% of people throughout the world have epilepsy. Majority of the seizures (common seizures) are convulsive type and affect both hemispheres of the brain (generalized). Non-convulsive seizures account for about 40%. This type of seizures is associated with a reduced level of consciousness for a very short period of time (10 seconds). Some seizures begin as a partial seizure (half hemisphere of the brain is involved) and may progress to generalized seizures.

Misconceptions and Superstitions about epilepsy

Many illiterate people, villagers or others with limited knowledge about epilepsy look upon people with epilepsy as possessed or chosen one. Looking at the unusual body movements, the fall, forced cry, loss of consciousness and foaming at the mouth many people get scared to go close to the victim and are hesitant to even touch or help. A few others are of the belief that epilepsy is communicable disease – and therefore – do not go near the patient even when the patient is close to hazardous places like fire, water and near sharp objects. The stigma associated with epilepsy has a great impact on children and young people.

The cause of epilepsy is idiopathic (unknown). Epilepsy may develop due to chemical changes in the brain. But epilepsy may be due to drugs abuse, head trauma or injury, alcohol abuse and brain tumours. The other causes of epilepsy may include brain damage at the time of birth, genetic abnormalities and previous infections of the brain and central nervous system. Epilepsy may also be due to developmental disorders, congenital disorders and genetic disorders in children – about 30% of known epilepsy cases are seen in children, but most children outgrow the number.

Some people with epilepsy may have associated conditions, such as depression, migraines and anxiety disorders. Furthermore, children with ADHD are at an increased risk (up to 5 times more likely to develop) of epilepsy than normal children.

The common symptoms of epilepsy include jerking movement of the arms and legs – which is uncontrollable, confusion, unusual body movements, psychic symptoms, and loss of awareness or consciousness.

A neurologist examines the patient physically and – as a part of the diagnosis, asks a few questions to the associates of the patient who witnessed the condition. The doctor evaluates the case after getting the detailed description of the circumstances in which the patient experienced an epileptic attack and its symptoms. After evaluating the case, the doctor recommends imaging and blood tests. EEG (Electroencephalogram) is ordered to confirm the diagnosis of epilepsy.  To detect structural changes in the brain, a CT or MRI scan may be recommended, if it is a case of first non-febrile seizure. Some neurological conditions like psychogenic non-epileptic seizures (PNES), syncope, panic attacks, narcolepsy and migraines can make the diagnosis of epilepsy difficult. Some abnormal behaviours of the children may also be mistaken for seizures.

In the majority of the epilepsy cases (nearly about 80%) seizures can be controlled with medication and some cases may require surgery.  In most of the children, epilepsy can be controlled with medication. Some children outgrow epilepsy with age. Alternative treatment modalities may be considered for those people who do not respond to medication or surgery. Epilepsy treatment in Hyderabad is very cost-effective, but a majority of the people in India – especially those who are from rural areas are not getting appropriate treatment.