Know Everything About Bariatric Surgery

Know Everything About Bariatric Surgery

Being overweight can be a hindrance in your social life, even if you want to socialize, your weight becomes an embarrassment and you would rather not go anywhere than to face people and their questions followed by truckload suggestions and advice, which you’d have already tried. Amidst all this, one option that keeps crossing your mind is surgery. As much as it appears to be scary, it has its benefits. The benefit of a social life, the benefit of being back in shape, and the benefit of mobility.  Scroll down to know everything you need to, about bariatric surgery.

First of all, let’s see what bariatric surgery is

Bariatric surgery is a group of procedures recommended for people who are obese. It is one of the only options that almost always works for heavy people, who are unable to lose weight by all other means, it also mysteriously causes other chronic diseases like, sleep apnea, acid reflux, high blood pressure and even diabetes, to vanish after the procedure is completed.

What are the types of Bariatric surgery?

Bariatric procedures are of the following types,

What are the advantages of bariatric surgery?

Every procedure comes with its share of complications and disadvantages which will be discussed with you before making a decision. Our team of doctors at Sunshine makes it a point to explain to you every little detail for you to make an informed choice keeping in mind that some procedures cannot be reversed.

Dr. Venugopal Pareek is one of the best Laparoscopic and Bariatric Surgeon in the city has done more than 9000 surgeries in 12 years. Trained in the esteemed Nizam’s Institute of Medical Sciences in Surgical Oncology, Dr. Pareek has the expertise in Bariatric Surgery. He has attended several conferences and published articles on medicine as well in various national and international journals.

Learn About The Various Types Of Bariatric Surgery 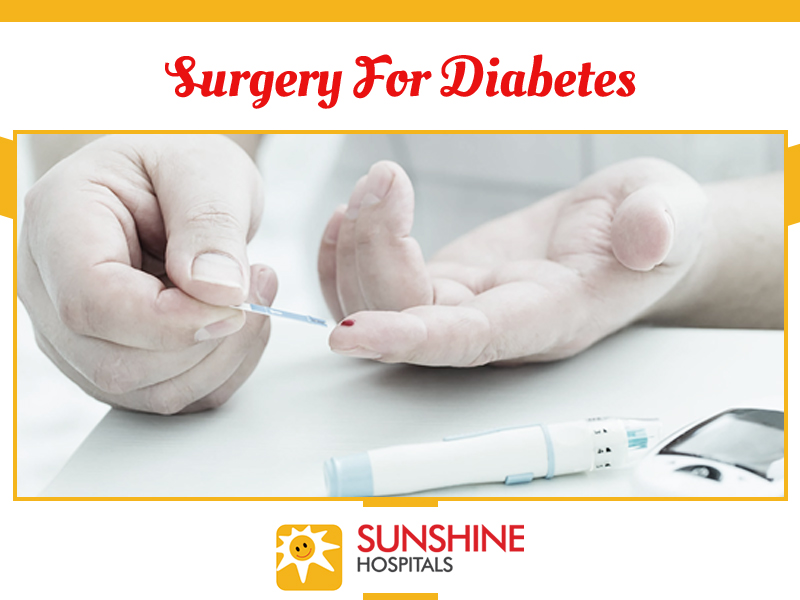 Tips To Maintain Weight Even After Undergoing Bariatric Surgery