Ovarian Cancer Cases are on the Rise in Women

Home  /  Blogs   /  Ovarian Cancer Cases are on the Rise in Women 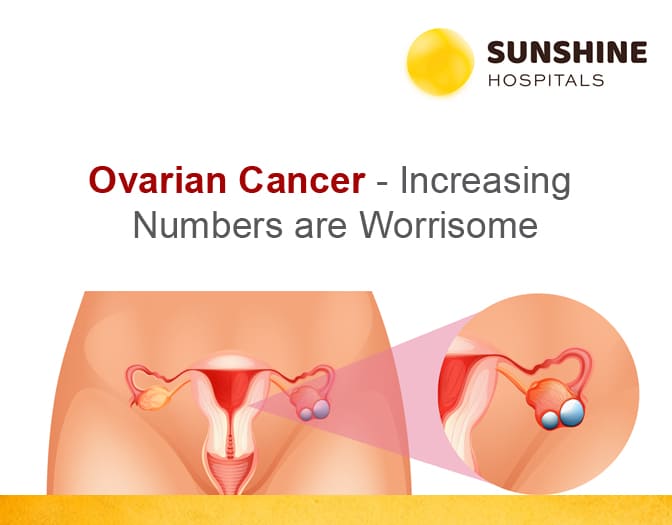 Ovarian Cancer Cases are on the Rise in Women

Ovarian cancer is the third leading cancer in India after breast cancer and cervical cancer in women. According to several studies, majority of the cancers (breast, cervical & ovarian cancers) in women are detected late in the advanced stages – owing to which survival rates are quite low and even the cost of treatment is higher than the cancers detected in the early stages. Therefore, timely diagnosis, effective ovarian cancer treatment and palliative care are imperative to address the growing incidences of breast, cervical and ovarian cancers in India.

Let Us Understand why it is imperative for every woman to know about ovarian cancer.

Let Us Understand why it is imperative for every woman to know about ovarian cancer.

Ovarian tumours can be benign (non-cancerous – do not spread beyond ovaries) or malignant (cancerous – can spread (metastasize) to other organs. Malignant cancer is often fatal. Ovarian cancer of the epithelial cells can spread to the abdominal and pelvic area – and may also spread to liver and lungs in advanced stages.

The exact cause of ovarian cancer is unknown, but age (over 50 years), a strong family history (as inherited genes can increase the risk), obesity, endometriosis (endometrium that lines the uterus grows into ovaries or fallopian tubes) and estrogen hormone replacement therapy may increase the risk.

The overall genetically related risk for ovarian cancer is 15%. Women with Gene mutations in the BRCA1 gene have 39% risk of getting ovarian cancer and those with BRCA2 genetic mutations have 10% to 17% risk of developing ovarian cancer in their lifetime. Therefore, women with a strong family history of ovarian and breast cancers should discuss with their doctor regarding genetic tests for these gene mutations. Based on the results of the genetic tests, they can opt for prophylactic treatment and minimize their risk and future complications.

The other risk factors may include menarche (early menstruation) and late menopause (ending periods) and nulliparity (women who never got pregnant).

In the early stages, there are no symptoms, but during advanced stages, if symptoms are present they may be vague and non-specific, such as pain in the abdomen and pelvic region, bloating, heaviness in abdomen, abdominal swelling, fullness or swelling, changes in bladder or bowel movements, frequent urination and weight loss.

Treatment depends on the general health of the patient, location cancer and the extent of its spread. Early-stage cancer is treated with surgery. For a woman of childbearing age, if the cancer is detected in the early stage, it is possible to treat cancer without removing ovaries and uterus. Systemic chemotherapy is the treatment for cancers that have been spread (metastasized). Hormone therapy uses hormones or hormone-blocking drugs to treat ovarian cancer. It is mainly used to treat ovarian stromal tumours and also to treat tumours that have come back after treatment. Radiation therapy and targeted therapy are the other modes of treatment for ovarian cancers.

Department of Obstetrics and Gynaecology