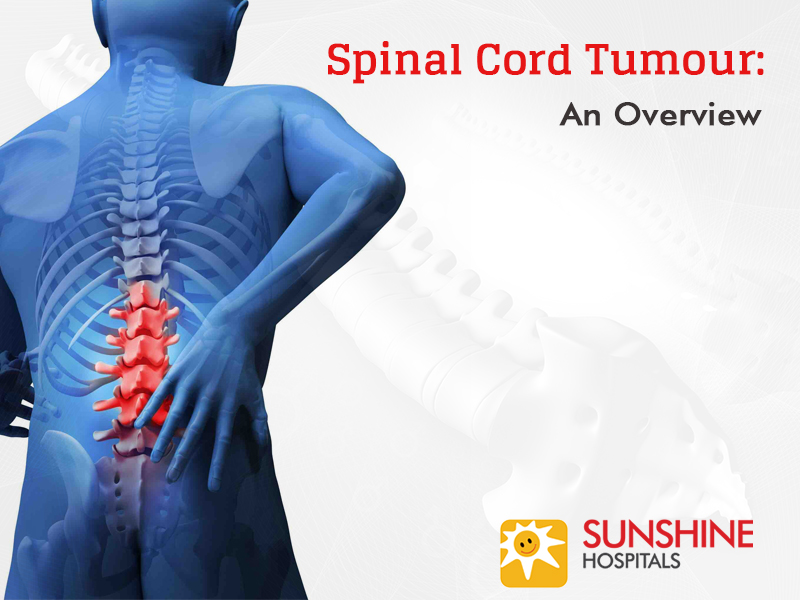 There are two types of spinal cord tumours:

Primary Tumours: Spinal cord tumours are distinguished by abnormal cell growth spinal area, either between the protective sheaths or on the surface of the sheath that covers the spinal cord. Most non-cancerous tumours develop within the spinal cord and surprisingly do not spread to other parts of the body and are known as primary tumours. Primary tumours are usually benign and this non-cancerous. So this unusual phenomenon of the spinal cord cancer not spreading has baffled researchers and scientists, also helping them trying to understand it and figure out probably a new way to treat cancers.

Secondary Tumours: The spinal cord tumours that are cancerous and spread to the other parts of the body are known as the secondary type. The secondary form of spinal cord tumour is usually a result of another cancer, such as prostate, breast or lung cancer the patient might be suffering from.

There is no specific age bar for people to be affected by a spinal tumour. Doctors tend to divide spinal cord tumour into three groups based on their location.

Extradural tumours  – Tumours that grow outside of the spine, in the membrane that protects the cord and in bones surrounding the spinal cord. Most spinal cord tumours are extradural.

An intradural tumour – These tumours grow outside of the spine.

Intramedullary tumours – These tumours are known to grow inside the spinal cord.

Symptoms of a spinal cord tumour

The spinal cord tumour is the type that grows slowly, but gradually and worsens with time. There are many associated symptoms with the growth of a spinal tumour and these symptoms only arise when the tumour presses against the cord or the nerves that exit it.

Irrespective of the type of spinal tumour affecting a person, these symptoms mentioned above will persist, because in the end, a cyst is to modify the spine. But there are varying degrees of changes in the severity and intensity of these symptoms, which again depends on the location of a tumour.

Spinal tumours, as doctors suggest, are common in people who have a defective gene, one which favours causing a spinal tumour. However, these reasons are hypothetical, and the real cause is yet to be discovered. Doctors also associate the idea of constant exposure over time to certain chemicals, environmental causes, and inherited syndromes like neurofibromatosis 2 and von Hippel-Lindau disease in people.

On the diagnosis part, doctors will have to first review the patient’s medical history, especially for other conditions that might be the reason for the spinal cord tumour. Additionally, there would be a neurological examination to check, ear reflexes, eye movements, pupil reaction, strength, sensations, balance and coordination. These are done with a view of first checking if there could be another, altogether different problem that might have the same symptoms such as a spinal cord tumour.

In the case of the doctor suspecting a spinal tumour, there could be further procedures such as an X-ray and other diagnostic tests such as –

Spinal tumours are known to be slow-growing tumours and will substantially grow larger if left untreated. If it’s wholly left untreated, the result could be permanent paralysis, disability or even death.

There are no ways to prevent a spinal cord tumour from occurring, although several forms of cancer could be prevented from spreading to the spine, although only in cases of early treatments, for instance, cancer spreading from breast cancer or lung cancer. On the other hand, in the case of benign tumours, it could be a family genetic problem.

Doctors usually recommend the idea of surgery to patients suffering from a primary type of a tumour or the non-cancerous ones. Surgeries are known to be a successful measure to treat spinal tumours. Unfortunately, other tumours, which are cancerous and spread to other parts could be difficult or impossible to remove, and if at all doctors are still able to remove them, there definitely will be some form of damage to the spinal cord.

Radiation therapy is also known as a treatment option to slow the tumour’s growth. Doctors could also recommend the removal of surrounding vertebrae, to help relieve pain and other symptoms, which will help reduce the pressure on spinal nerves. Chemotherapy is another recommendation, but only for certain types of tumours, and plays a part after surgical treatment.

Then again, the treatment depends on how much cancer has spread. Radiation therapy will only help in limiting the damage, but not cure it altogether. In the end, if the damage is to reach a cumulative level, then it could be irreversible and untreatable. On the other hand, Radiation therapy is only recommended so rarely, for about half of all spinal cord tumours are sensitive to radiation’s effects.

Finally, one other form of treatments is the recommendation of corticosteroid drugs. These help in reducing swelling in the spinal cord. Physical therapy is also an option, as it could help the person regain muscle control and strength, especially if the patient is undergoing radiation therapy or has had a surgical procedure to treat spinal cord tumour.

Spinal Cord tumours are slow, but steady in their growth, and over time they could worsen to a point where the human’s many functional abilities could be disabled, at times for the rest of their lives. To ensure timely treatment and as a first step consult a doctor if the symptoms mentioned above persist, for the problem is undoubtedly not untreatable.